Contract Enforcement and Risk Reduction: The Luso-Brazilian Companies in the last Quarter of the Eighteenth Century

Recent investigations into long-distance trade in the early modern period have highlighted several strategies which were used by traders to mitigate risk. This article attempts to contribute to this historiography by analyzing contractual clauses of mercantile companies registered in Lisbon notarial records between 1784 and 1807, comprising merchants residing both in Portugal and in Brazil. These contractual clauses reveal that companies were a form of trade organization in which the capital owners residing in Lisbon limited the scope of action of agents in Pernambuco, in the northeast of Brazil, in order to protect their investments. In addition, this study demonstrates that mercantile hierarchies existed between the marketplaces of Portugal and Brazil. Thus, I cast some doubts on the most recent investigations of the economic history of the Portuguese Empire that argue for a predominance of Brazilian merchants in the overseas investments. I assert that, at the end of the eighteenth century, merchants residing in Lisbon still financed and directed colonial trade with agents in Pernambuco. This analysis explores the reasons that led trade to assume such a framework. 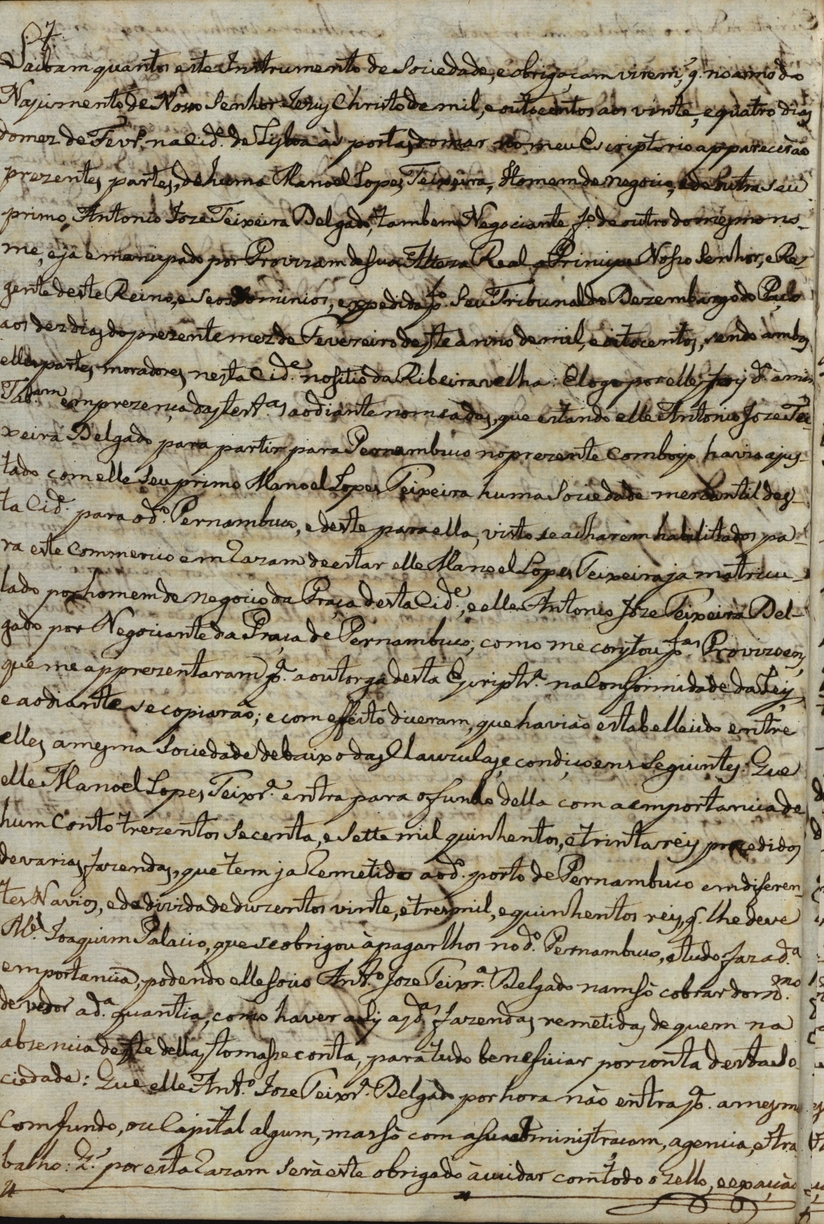